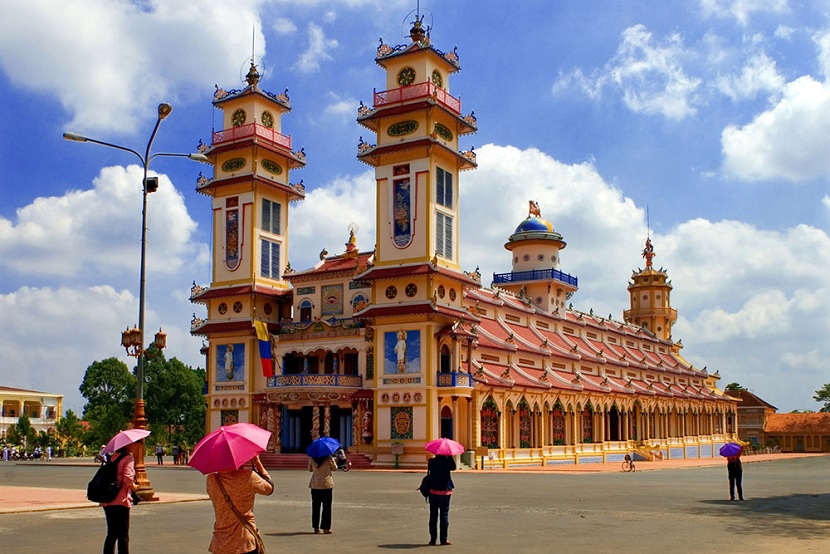 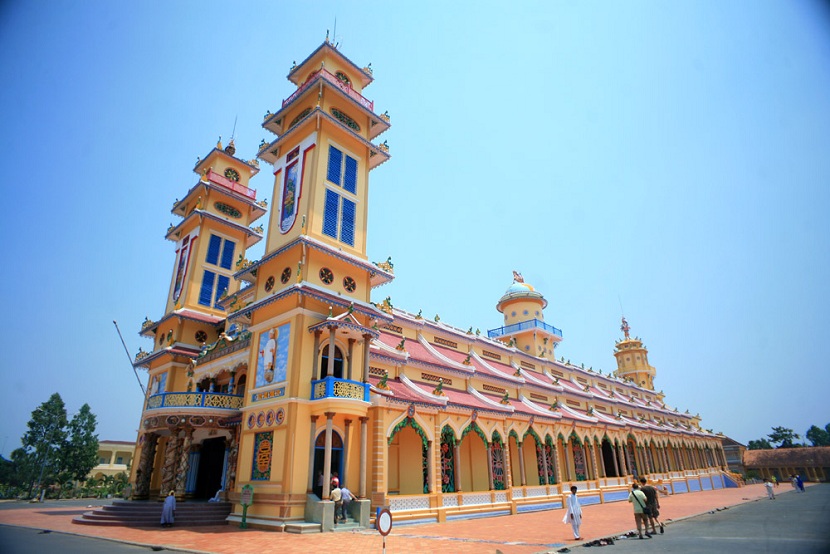 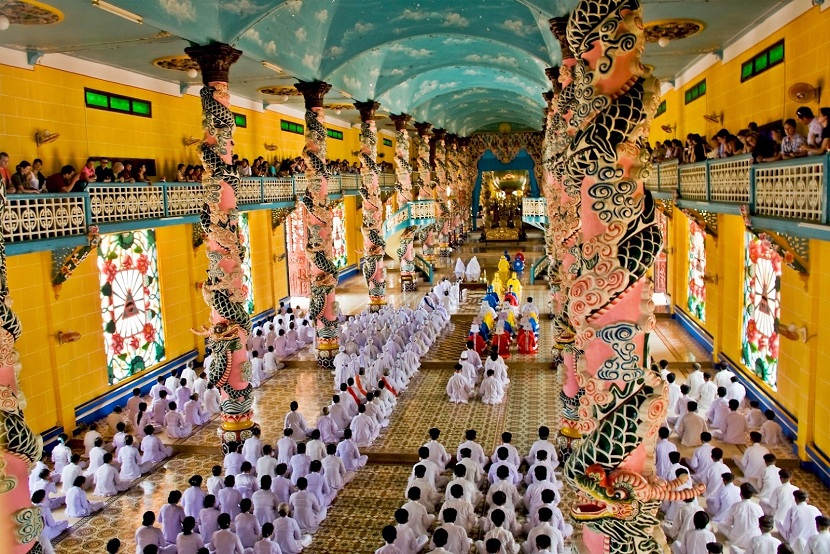 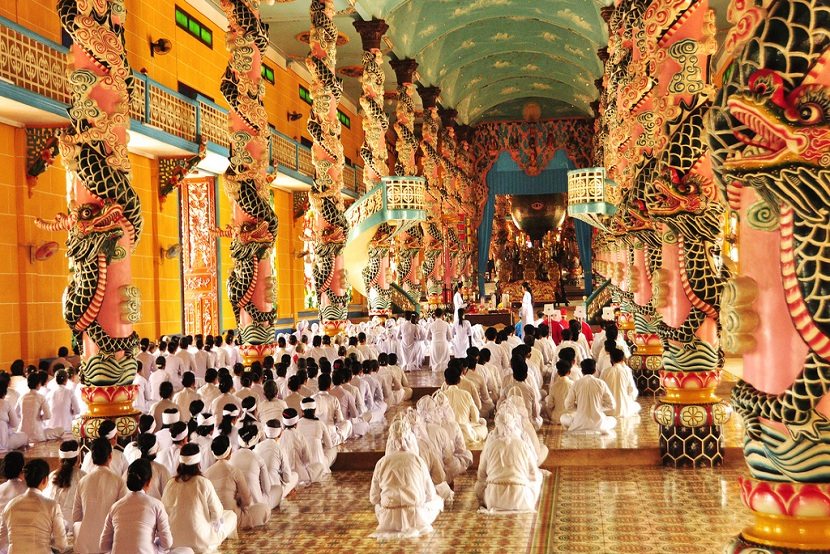 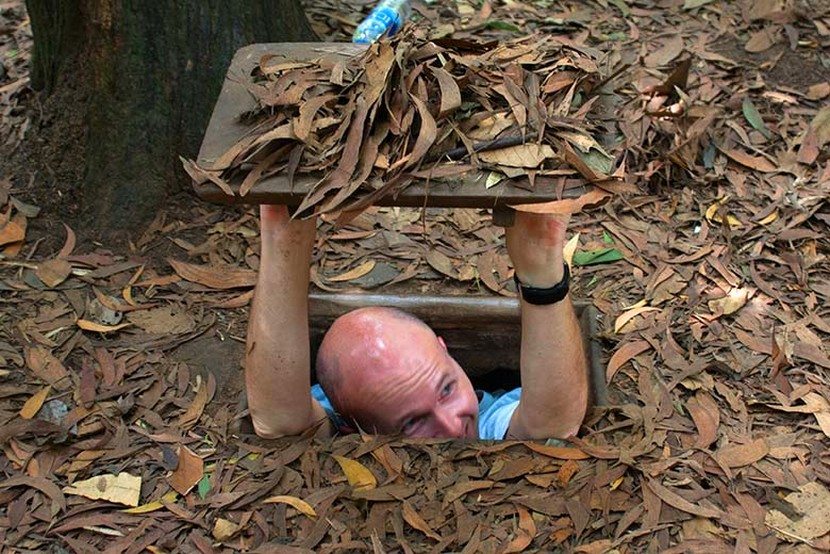 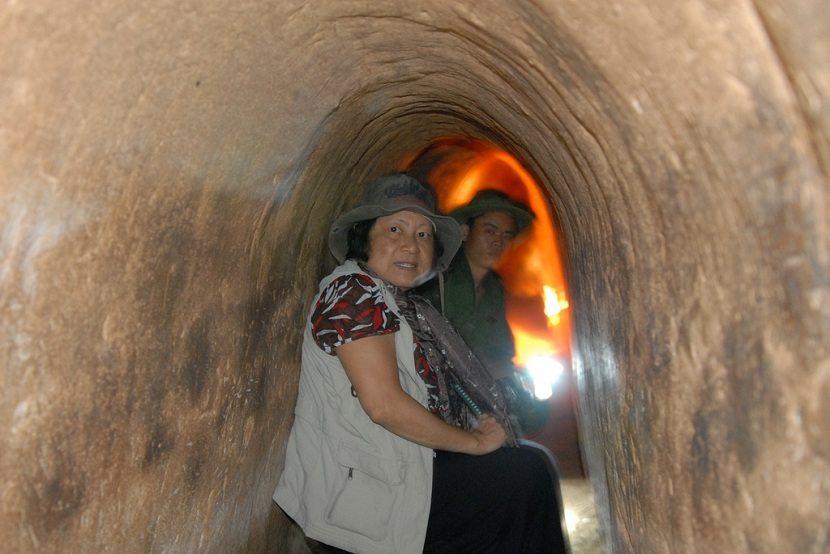 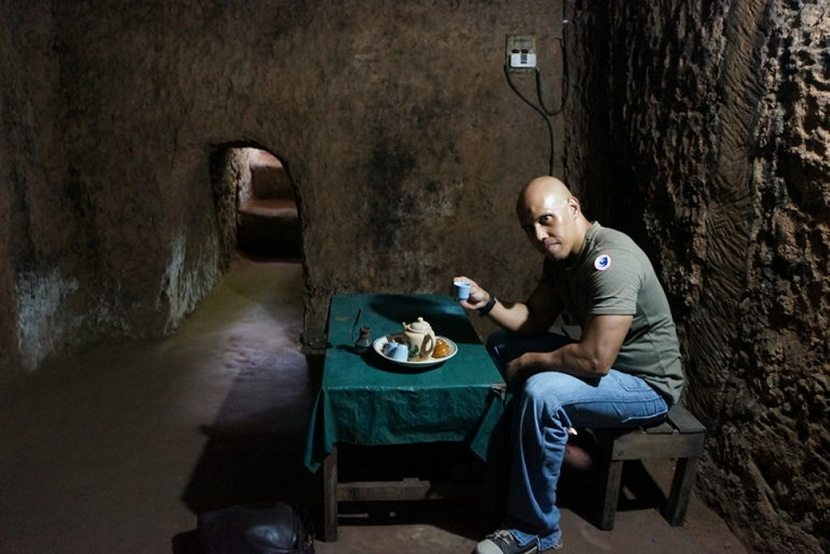 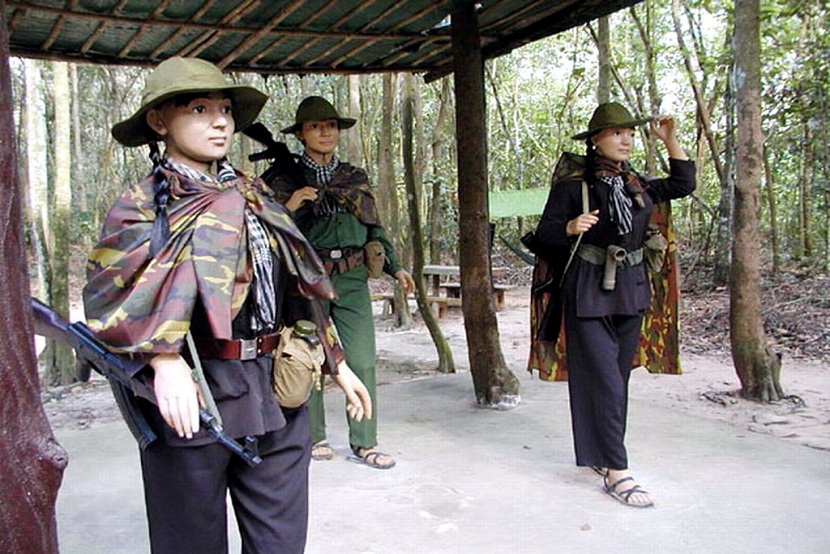 The Great Holy Sight Temple, built in 1926, is considered one of the striking structures in South-East Asia. It is the center of Cao Dai’sm, a religion that blends Buddhism, Christianity and Confucianism. Explore this fascinating site and attend the colorful noon-day mass held by the Cao Dai followers. It is an experience not to be missed. After lunch, visit the Cu Chi Tunnels.

The Great Holy Sight Temple, built in 1926, is considered one of the striking structures of South-East Asia. It is the headquarters of the unique Cao Dai sect, a religion with a hybrid of Buddhism, Christianity & Confucianism. Above the entrance is the all-seeing holy eye – symbol of the sect. Visitors will attend the midday ceremony’s extravaganza to witness the daily mass held by the Cao Dai followers, which is a fantastic experience.

After lunch at the local restaurant, proceed to the Cu Chi to explore the amazing site where Viet Cong hid during the War. It is now a popular spot for both Vietnamese & foreign tourists - the network of over 200km of tunnels became legendary when they played a vital role in the War. In their heyday, the tunnels were functioning underground cities including numerous trap doors, specially constructed living areas, storage facilities, weapons factories, field hospitals, command centers & kitchens. There is plenty of evidence of the fierce battle that took place here during the 1960s when Cu Chi was a "Free Target Zone". Visitors can watch a short introductory video showing how the tunnels were constructed before entering the tunnels. Spend the next hour exploring the tunnels. Afterwards, enjoy tea, cassava (guerrilla-warriors’ food in war time). End of services. Return Sai Gon and finish your Cao Dai Temple Cu Chi Tunnels tour

Cu Chi Tunnels (By Speed boat on the Saigon river )