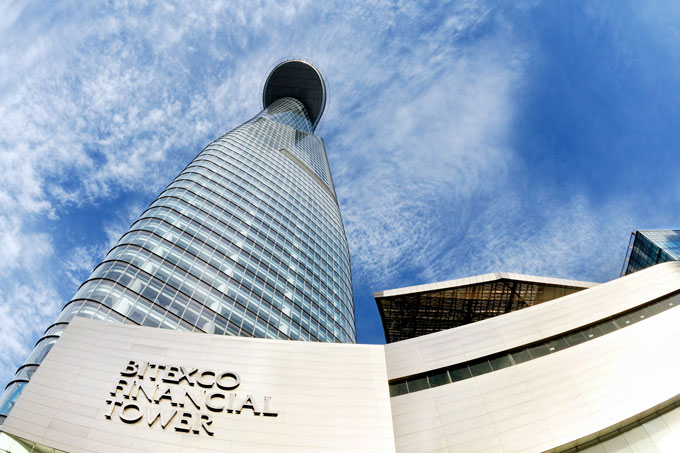 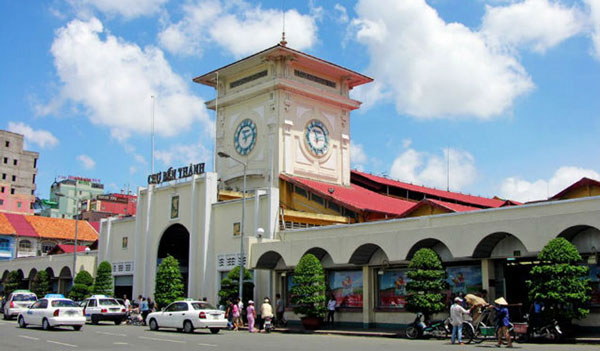 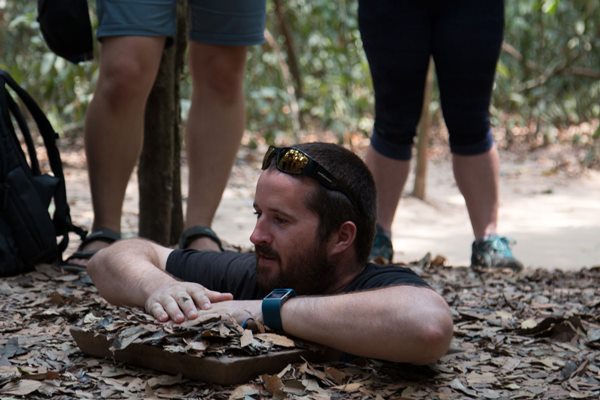 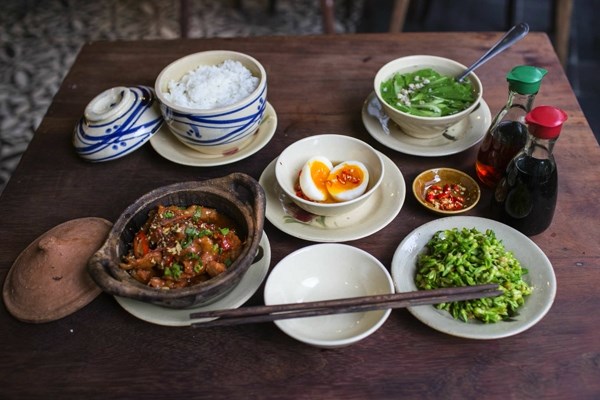 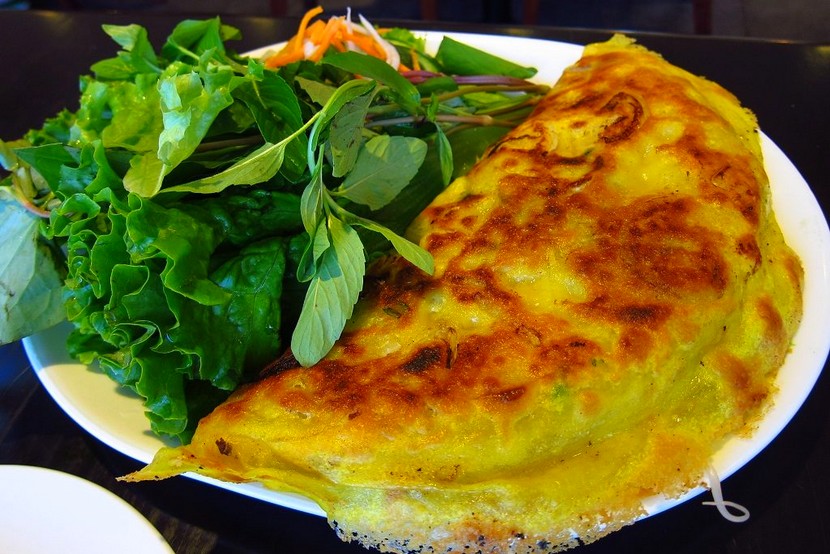 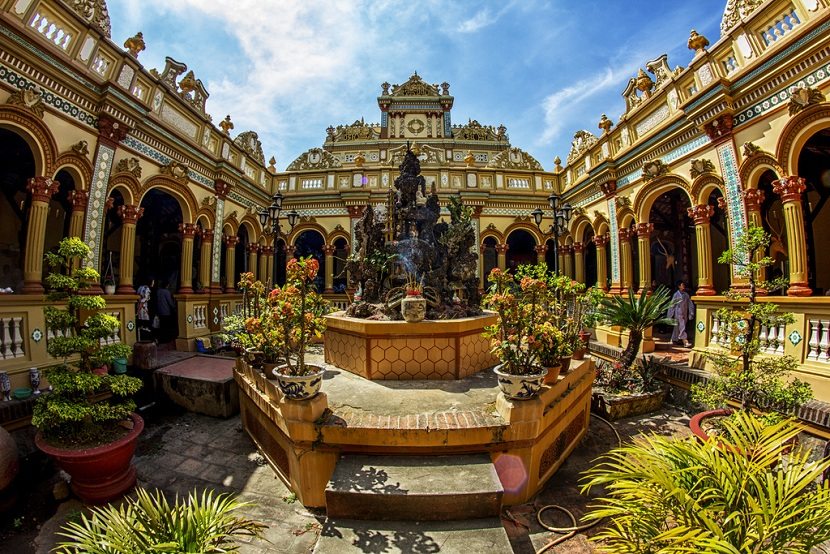 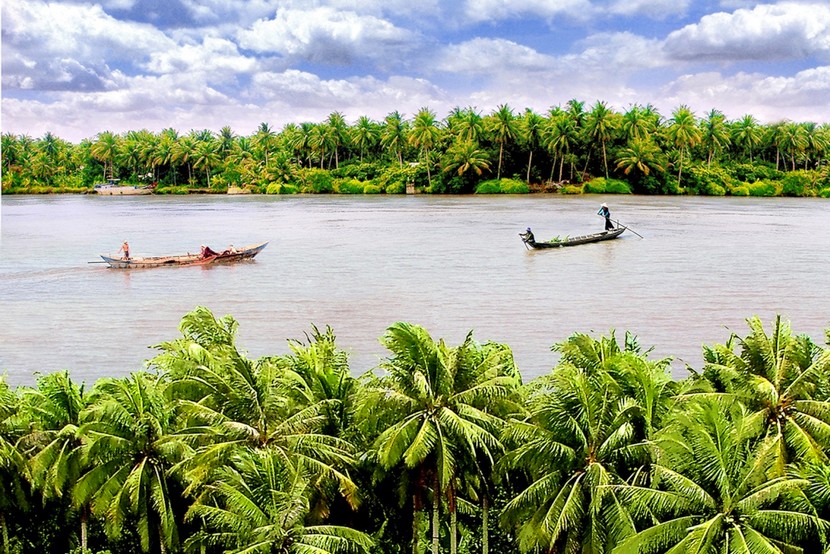 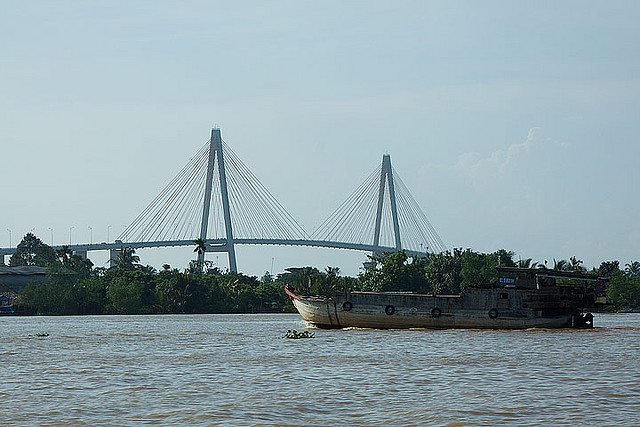 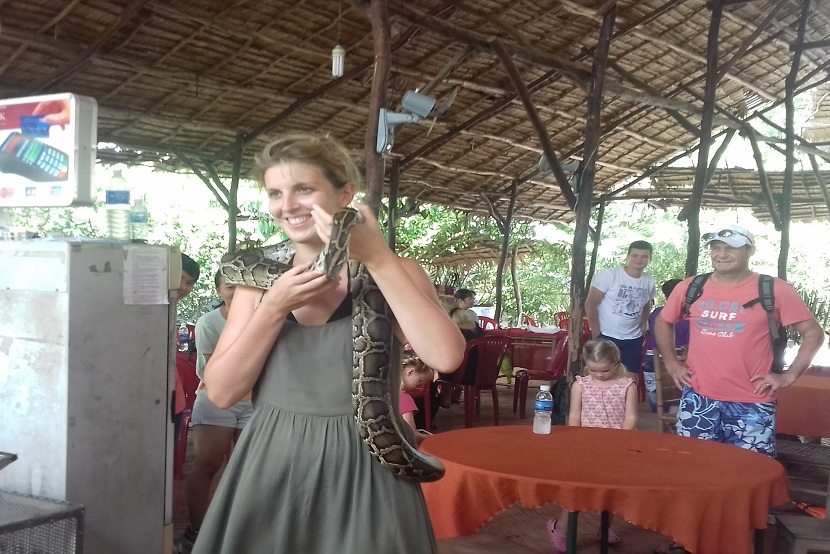 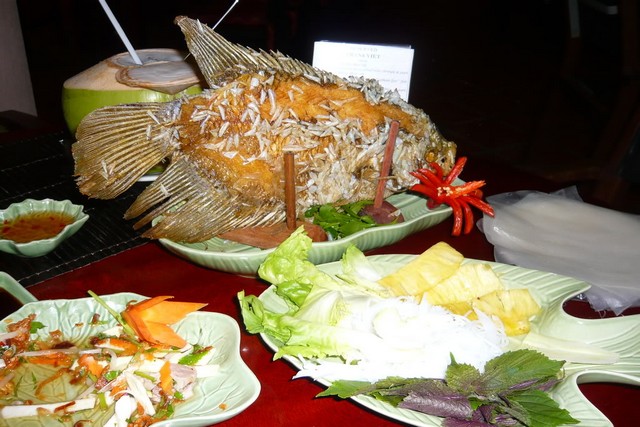 This special package tour to explore Ho Chi Minh City and the Mekong Delta entitles you to obtain fascinating insights of the local life. Not only that, it also embraces an opportunity to approach the richness of culture, glorious chapters in the Vietnam’s history, and architecture in unique styles. There is no doubt that what you get from the tour are authentic experiences of a beautiful Vietnam. Take a look at a brief summary, including structures dating back to the French colonial time, a museum to know about war crime, an underground village – a symbol of the Vietnamese people’s smartness and fighting spirit, and a tranquil water area.

Right after arriving at Tan Son Nhat Airport, you are picked up and driven to your hotel for check-in. Just relax and have a good night’s rest in Ho Chi Minh City

Wake up and breakfast at the hotel before starting the morning trip around Ho Chi Minh City.

7.45am – 8.00am, the bus picks you up at your hotel in the downtown area and first takes you to Independence Palace, aka Reunification Palace. It was erected on the site of the former Norodom Palace and designed by Vietnamese architect Ngo Viet Thu. One fascinating thing about the site is that it always lies in the mind of Vietnamese people from generation to generation as it witnessed two fierce wars of the locals against the American and French colonists, and more importantly it marked the end of the war on April 30th, 1975 when the North Vietnamese tank banged on its gate to penetrate inside. In the era of Vietnam being separated into North Vietnam and South Vietnam, the palace served as the workplace and presidential home, but nowadays, it becomes a must-visit landmark for most visitors to Ho Chi Minh City.

The next stop is Notre Dame Cathedral – one of the elegant structures built in the French colonial era. The cathedral was built between 1863 and 1880 by the French colonists and up to 60 meters in height. It is locally known that Bishop Lefevre set the first stone for the structure’s construction on March 28th, 1863. Its name comes from the event in which Bishop Pham Van Thien conducted a ceremony with the aim of installing the statue of Peaceful Notre Dame, whose material was granite from Rome.

Another French-colonial structure to visit in the package tour is Central Post Office, constructed between 1886 and 1891 by architect Gustave Eiffel. Looking at the building from the outside, you will easily realize the trace of the French colonial age because of its vaulted roof and windows. What to see there include working phone booths, handpainted maps, former telegraph lines of Cochinchina, and souvenirs stalls.

Leave Central Post Office for War Remnants Museum afterwards. This place is where to look back on the past of Vietnam. It was open to the public in 1975, and initially it was called the “Museum of American War Crimes”. When it comes to that museum, it is seemingly seen as a shocking reminder of the fierce and brutal Vietnam War. For a visit there, you can witness different exhibits, such as photographs of Vietnam War and Indochina War, American military equipment, a helicopter with rocket launchers, a flight plane, a tank, and a single-seater attack aircraft.

After the morning trip is a lunch at the local restaurant. In the afternoon, depart for Cu Chi to have much understanding of a famous “steel area” in the Vietnamese history. There is an introductory video to watch before you begin exploring the inside of the tunnels. Directly observing the tunnels will amaze you by the smartness and creativity of Vietnamese people. What to see in the site are weapon factories, field hospitals, command centers, storage, special living areas with kitchens, and bedrooms. Besides, take a chance to know about hidden trap doors and deadly traps inside the maze-like tunnel, used by former Vietnamese guerillas. After this visit, you can understand the reason why the site of Cu Chi Tunnels is called an underground village. Another experience there is to taste cassava and special tea – a kind of guerillas’ staple food in the war.

Have breakfast at the hotel and at 7:45AM get picked up by bus at your hotel in the heart of downtown.

The bus drives you along the National Highway to the Mekong Delta – a water area in southern Vietnam. Just witness the charms of rice fields along two sides of the road. My Tho is the first destination in the last day of the package tour. Stop at Vinh Trang Pagoda in My Tho – it is a ravishingly beautiful pagoda erected in 1849 and designed in the mixture of Asian and European styles. What makes the place more serene and solemn is a large garden surrounding it. That is the reason why the pagoda is never put out of a Mekong Delta tour.

Leave the pagoda and commence the trip to other spots in the Mekong Delta. Take a boat ride on the river to see stilt houses, fruit orchards, and fishing villages. Head towards Tortoise islet and enjoy a lunch in the orchard garden. The next stop is An Khanh tourist attraction in Ben Tre, where you will leisurely cruise on a rowed sampan through narrow canals with the shadow of water coconut trees, taste tropical fruit, sip honey tea, and listen to Southern Vietnamese folk music.

Some other activities of the Mekong Delta tour on that day consist of a visit to a family business which enables you to visualize the rural life of the locals, tasting delicious coconut candy, and strolling through a fruit plantation. It is sure that the trip gives a fascinating insight into the peaceful life and the richness of the culture in the water area.

5:30PM return to Ho Chi Minh City. Spend time at leisure until being transferred to Tan Son Nhat airport for the next departure. End the package tour.

Children age from 0 – 4 years old occupy a seat/bed may be eligible for child rates in accordance with the applicable third party service provider’s standard terms, please arrange with us and we will advise the applicable surcharge, if any.