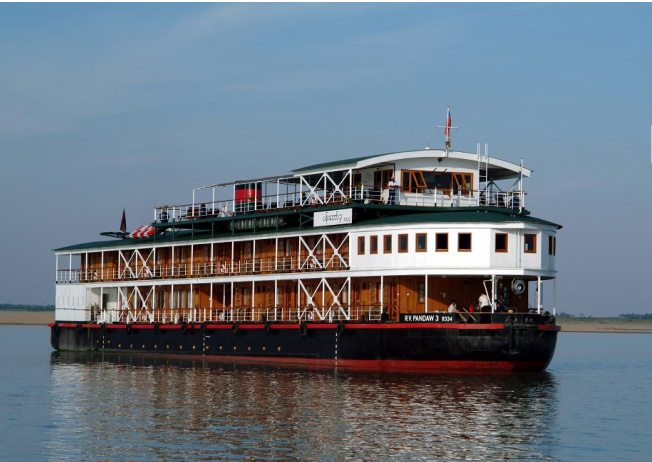 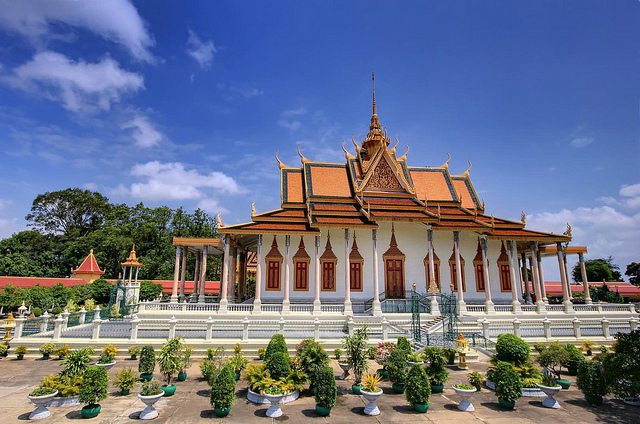 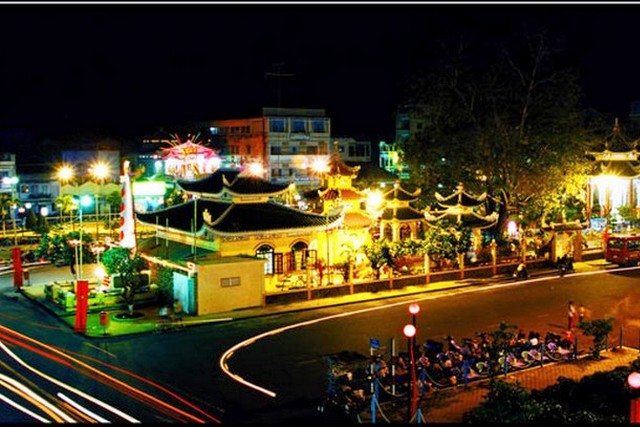 Get to know Cambodia and Vietnam on an eight day package tour to the best attractions of both countries. Commencing in Phnom Penh, we will visit the main sights including the Royal Palace, the Silver Pagoda, and the National Museum. Board your express boat in Phnom Penh and make your way to Chau Doc, Vietnam. Take a boat trip to visit a floating fish farm and the floating village, visit a local Cham minority village and traditional weaving village. See the floating markets in Can Tho and see the local attractions and try your luck on a Monkey Bridge. In HCM City take a tour including the Reunification Palace, Notre Dame Cathedral, the Old Saigon Post Office, Jade Emperor Pagoda and the War Remnant Museum. We continue to the famous Cu Chi Tunnels, which were an incredible underground network constructed by Vietnamese fighters during the long struggle for independence. The tour will finish in HCM City.

Morning arrival at Phnom Penh Airport. Transfer to your hotel.  With your professional guide and prived car we start to visit Phnom Penh . Situated at the confluence of the Mekong and Tonle Sap Rivers, the Cambodia's capital city look like a big village- town where French colonial influences can still be seen in old buildings restored. We will first go to see Wat Phnom Temple.Then we will visit the Royal Palace and the Silver Pagoda . The Palace is a magnificent example of Khmer architecture, it was built in 1866. You will see the Throne Hall and the Napoleon III Pavilion. Silver Pagoda is one of the richest shrines in the world .The floor is made of 5.000 silver tiles. Afternoon, visit of the National Museum, a Khmer red pavilion, which is dedicated to Khmer art and sculpture. The majority are from the Angkor period (9th to 15th century), and some from the 4th century. Overnight Phnom Penh hotel 4* or similar in Phnom Penh

8 :30 am Pick up at your hotel and transfer to the boat pier for boarding to Chau Doc by Hang Chau Express boat or Victoria Express Boat. Arrive Chau Doc around 13 : 00 am. Pick up and transfer to your proposed hotel. Afternoon, visit the Sam Mountain with the caved pagoda, enjoy the sunset down the Vietnamese – Cambodian border from the summit of the mountain over the flat rice field. Welcome dinner and overnight Victoria Chau hotel 4* in Chau Doc.

Chau Doc – Long Xuyen – Can Tho

Breakfast at hotel. Take the motorized boat trip to visit the floating fish farm and the floating village, visit the local Cham minority village and her traditional weaving village. Depart for Long Xuyen, visit the bird Sanctuary in Thot Not and the incense stick making village. Check in upon arrival in Can Tho. Free for exploring the city on your own in the afternoon. Overnight at Victoria Can Tho hotel.

After breakfast. Visitors first take the boat trip to explore the picturesque tributaries of the Lower Mekong river . The boat trip later takes you to the Cai Rang and Phong Dien floating markets, which are the most original ones and bustling places of the region. Visitors will have the most probably tried the Vietnamese vermicelli soup so, they will now go and see how it is made. Visitors then roam into the village to get in touch with the local people. Here, they have a chance to experience how to pass a " Monkey bridge " which is built by only one bamboo. Return to Can Tho for lunch at the local restaurant. Depart for Saigon city with stop over at Vinh Vong and My Tho town. Overnight hotel or similar in hotel in Saigon

We pass the now-demolished wartime American Embassy before we visit the Reunification Palace which was the former residence of the President of South Vietnam until end of April 1975, and some French colonial structures including the Notre Dame Cathedral, the Old Sai Gon Post Office. After seeing the Jade Emperor Pagoda and the War Remnant Museum, we continue our trip on to the bustling Ben Thanh Market where anything and everything is for sale . We continue to the famous Cu Chi Tunnels, which were an incredible underground network constructed by Vietnamese fighters during the long struggle for independence. The tunnels contained hospitals, plus accommodation and schools, and were used as a military base for the Vietcong in the American war. Overnight hotel or similar in hotel in Saigon

After breakfast you will be free until time to transfer to airport for departure. Finish your Phnom Penh & Saigon Along the Mekong