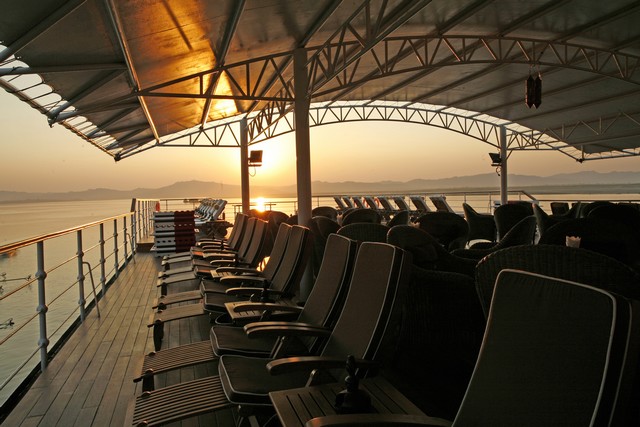 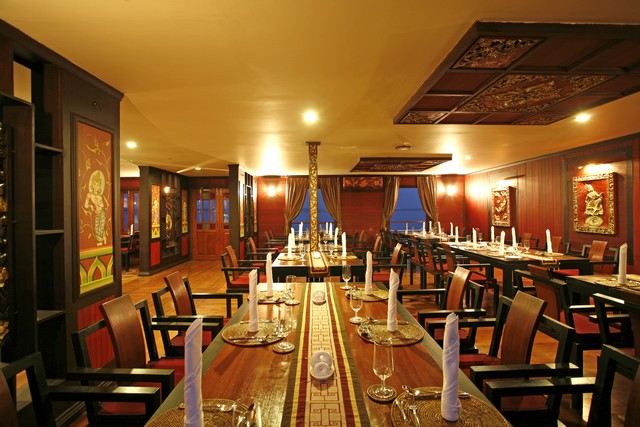 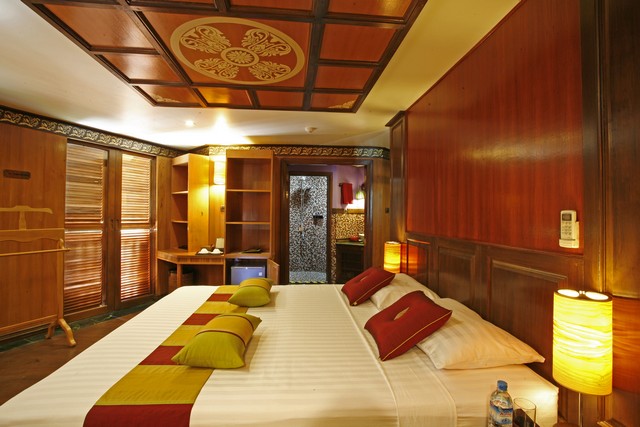 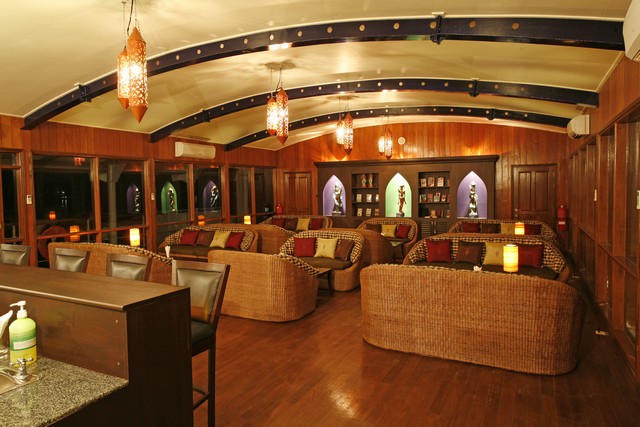 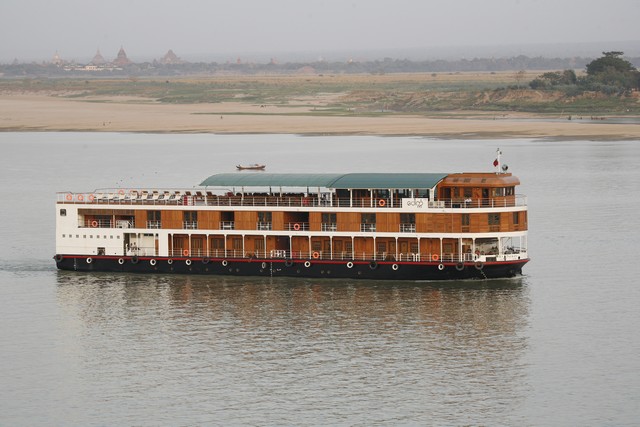 Paukan is the ancient name of Bagan, the old city of two thousand temples on the bank of the Irrawaddy River.RV Paukan was built in 2007 at the Myanmar Shipyards in Yangon for Ayravata Cruises.

Paukan is the ancient name of Bagan, the old city of two thousand temples on the bank of the Ayeyarwaddy River. This ancient capital, seat of the First Myanmar Empire, is a treasure to the people of Myanmar. Throughout the century of their existence, the temples remain a place of living worship, maintained by donations from royalty and the public.

RV Paukan was built in 2007 at the Myanmar Shipyards in Yangon for Ayravata Cruises. The Yangon River and its dockyards were commented upon over two hundred years ago as “the most favourable river in the world for naval architecture” by the first British envoy to Myanmar Captain Michael Symes of His Britannic Majesty’s 7th Regiment who arrived in Yangon in February of 1795.

The lovely Paukan is a boutique hotel on the river, beautifully furnished with a unique combination of modern and traditional motifs. The timber-walled cabins are furnished with colonial style cupboards, dresser and doors while the ceiling is traditional Myanmar. The single or double beds are proper and comfortable ones and not mere bunks, enough room for 55 passengers who will be looked after by a 30-member crew.

For luxury-living, Paukan has suites, deluxe or superior cabins as well as singles for guest or guides. There are two massage rooms on the lower deck offering traditional Myanmar massage designed to give soothing relaxation.

The sun deck has a stage for cultural performances, and a bar and lounge for relaxation and fun. The upper deck has a lecture / movie room with LCD projector and LCD TV screen.

Meals in the dining room on the main deck will include both East and West cuisine, and dinner menus of delicious dishes. Vegetarian meals can be prepared when informed in advance. The price is inclusive of all meals, sightseeing tours and entrance fees at monuments.

The Ayravata Cruises is proud to have Paukan as another member to their family and is confident that she will please her guests in the same manner as her sister ship, the Pandaw.

Between Royal Mandalay And Ancient Bagan

Check-in Time
The embarkation time is at 10.00 hrs at SAGAING jetty. Welcome Cocktail in the Saloon.

Downstream to Bagan
The cast off time is at 10.30 hrs. Lunch will be served at 13.00. Cruise all day. In the late afternoon we stop at Yandabo, a village specialize in Pot-Making, where the peace treaty of the First Anglo-Burmese war was signed on Feb. 24, 1826. Moor overnight near the village of Shwe Nann Tint.

River Village
Early in the morning we proceed downriver to Bagan. After breakfast (if time permits) we visit another typical river village.