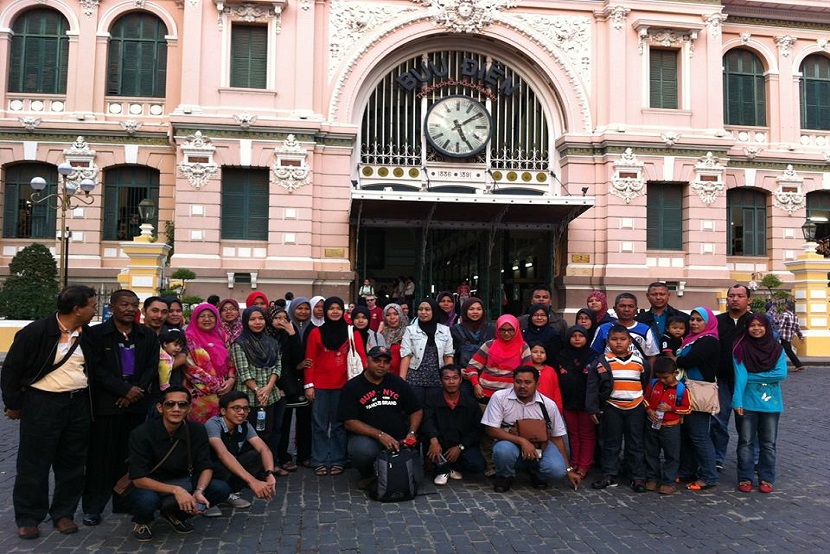 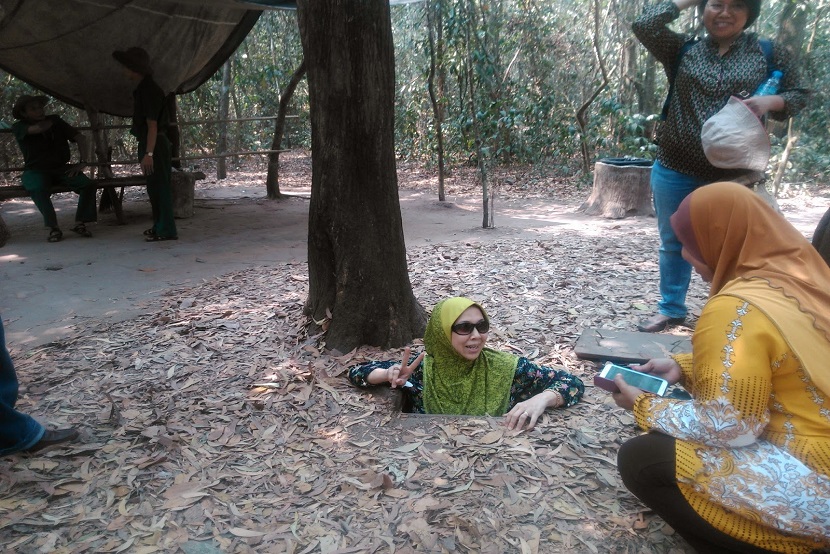 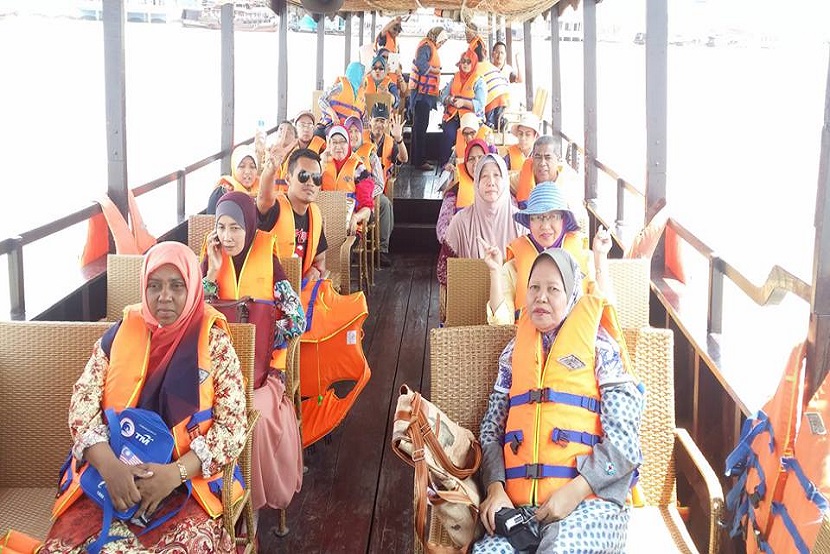 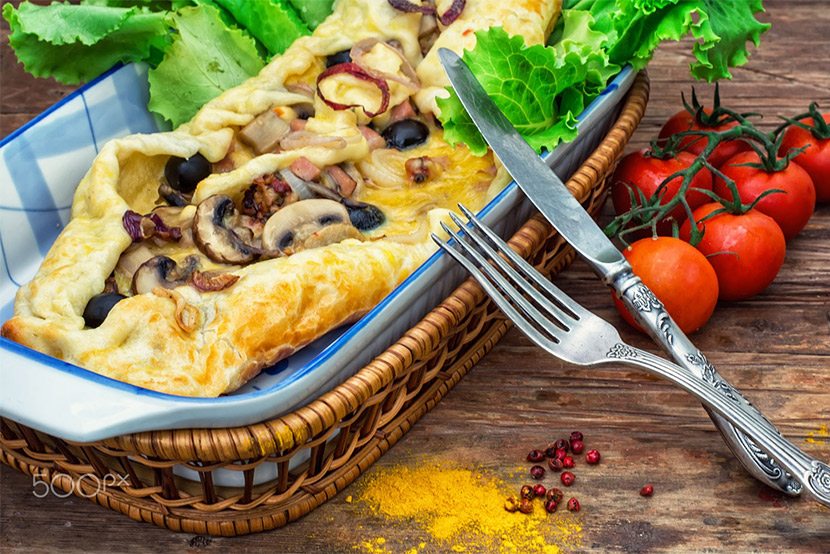 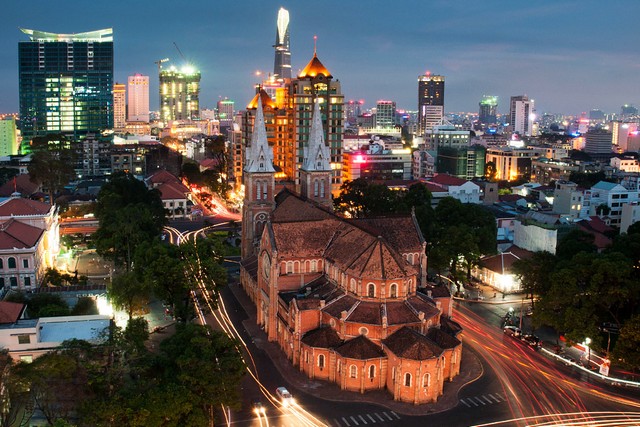 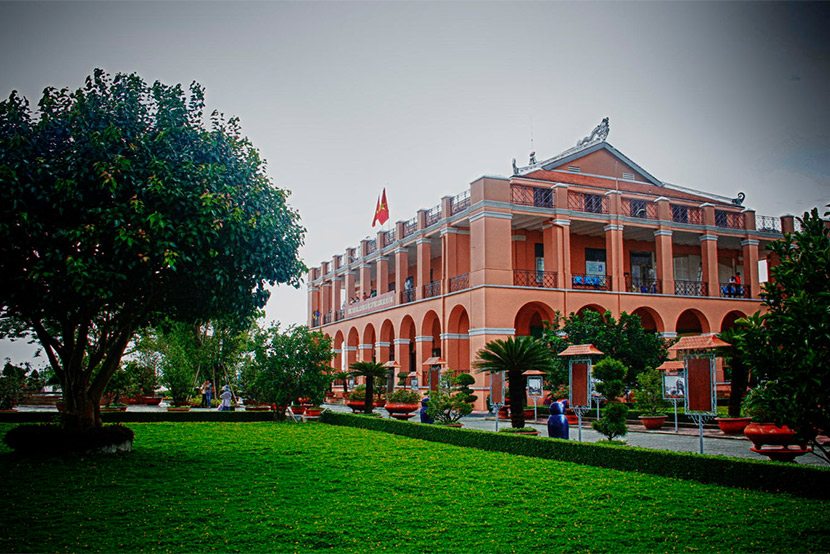 Ho Chi Minh City Muslim tour – 5 days is especially designed for Muslim tourists. Spend time on explore the splendid beauty of Ho Chi Minh City and experience the magnificence of the Mekong River. Learn more about the underground life in the Cu Chi Tunnels and go for a walk in the imposing beaches of Vung Tau where you can enjoy fresh seafood and sumptuous meals at real Halal and Indian restaurants.

When you land on Tan Son Nhat Airport, our tour guide and driver will pick you up and drive you to the downtown of Ho Chi Minh City. In the evening, have an amazing dinner at the Saigon River Cruise while excited by a live show. Stay overnight at your hotel of choice in Ho Chi Minh City.

You are served with breakfast at your hotel.

The first destination in the morning is Independence Palace, also called the Reunification palace, was built on the sight of the former Norodom palace. The Independence palace is one of the Ho Chi Minh City’s landmarks and was designed by the architect Ngo Viet Thu. Later, pay a visit to the other stunning structures constructed from the French Colonial times, such as the historic Central Post Office, the Notre Dame Cathedral. Besides, be guided to enter the War Remnants Museum, which has a vast display of the both the Indochina wars.

Have lunch at the local restaurant.

Depart for Cu Chi tunnel from the downtown. Getting to Cu Chi tunnels will take approximately one and a half hours bus driving. Before you come to the destination and actually exploring the tunnels, our tour guide will show you an introductory video about the process of constructing the tunnels and how the people survived from the harsh conditions of the war time. Later, explore the remaining area and tunnel systems, including the special constructed living areas with kitchens, bedrooms side by side with other martial facilities like storage, weapons factories, field hospitals, and command centers helping whoever lives inside the tunnels meet their basic needs. In addition, there are also many dangerous traps and hidden trap doors within the maze-like tunnels for security purpose during the war. Interestingly, you will get a chance to taste special tea and cassava (guerillas’ food during the war). Break time for relaxing or trying your hand at the real shooting gun. Stay overnight at the proposed hotel in Ho Chi Minh City.

Have breakfast at your hotel.

7:30am, pick you up at your hotel to depart for Vung Tau.

9:00 am, on arrival Vung Tau and leisure time at Thuy Van beach (Back beach) - one of the wonderful beaches in Vietnam with the shore lasting about 10km, full of fine sands and white waves. Authentic Vietnamese Lunch is served at a local restaurant.

In the afternoon, pay a visit to the Jesus Christ Statue, Thang Tam Temple (Whale Temple), Bach Dinh (aka Villa Blanche in French or White Palace in English), Cape Nghinh Phong. Take a short break. Back to Ho Chi Minh City around 18:00pm. Diner is on your own. Stay overnight at the proposed hotel in Ho Chi Minh City

In the morning, we will pick you up at your hotel and bring you down to the Mekong Delta. Along the way, you will be amazed by the beautiful scenery of rice field at two sides of the road. Right after getting to My Tho, experience an enjoyable boat trip on the Mekong River with the fresh air and the impressive stilt house at the river bank. Then, visit the authentic life of the locals and try bargaining at cottage handicraft shops. Take an adventurous sampan ride in palm shaded canals. At one of the villages, the locals will serve us with fresh honey tea, tropical fruits and especially their performances of traditional folk music. Experience the rural lifestyle at a local family business, where they produce coconut candy. After lunch to with a Mekong Delta specialty – Vietnamese fried ruffled gourami fish, return to Ho Chi Minh City. In the evening, dinner will be at a local halal Indian restaurant. Stay overnight at your hotel of choice in Ho Chi Minh City.

Breakfast will be served at your hotel. Go shopping at the historical Ben Thanh Market, where there are also Islamic shops near streets. Proceed to Tan Son Nhat international airport for your departure. Finish your Ho Chi Minh City Muslim tour .