With a Hanoi city tour or day trip in Hanoi, it is strongly recommended that you should not lose out on the occasion to contemplate the most fantastic French Colonial architectural structures in the Vietnam’s capital, where glorious chapters in the nation’s history will be uncovered step by step. Let’s see! 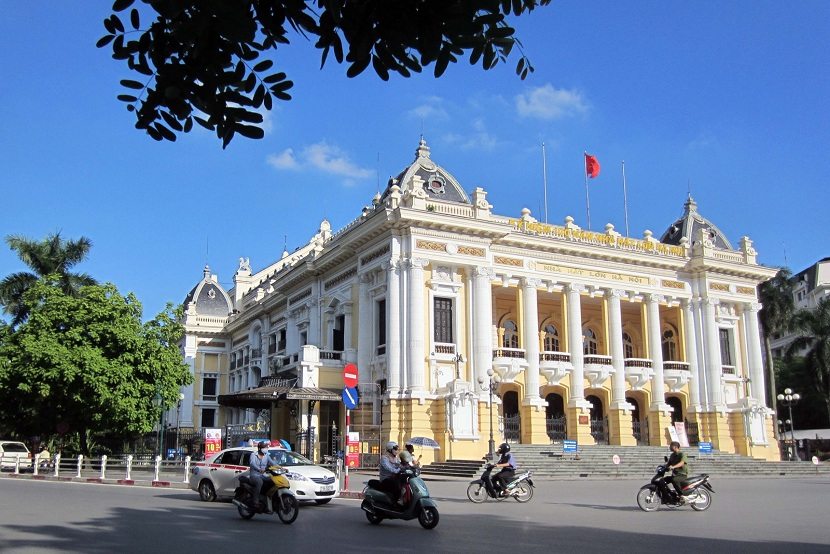 Being considered as one of the most outstanding architectural structures in Hanoi, Hanoi Opera House at the heart of downtown should be part of your Hanoi city tours. The landmark is within walking distance of Hoan Kiem Lake, Vietnam History Museum, and Hanoi Old Quarter, so it is great to cover all of those spots in your itinerary. Interestingly, the Opera house was built within 10 years from 1901 to 1911 and based on the style of Palais Garnier – the Paris Opera. It also carries marks of the European architectural style from Renaissance period, consisting of Italian-made marble floor, French murals on the ceiling, and copper chandeliers.

Different from the past when performances in the theater by Western artists were just for wealthy Vietnamese and French officials, today’s Hanoi Opera House is where many cultural activities are organized. Those Western artists even consisted of the conductor Gudni Emilsson, the cellist Yo-yo Ma, the pianist Wolfgang Glemser, and the violinist Hilary Hahn. Now, some famed domestic singers are frequently invited to the theater for their traditional Vietnamese music performances. 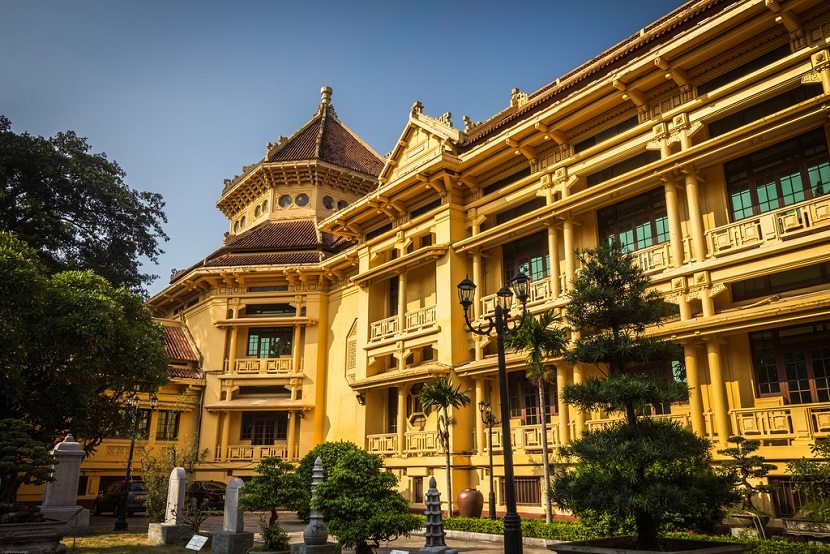 You will find it difficult to ignore a visit to National Museum of Vietnamese History – one of the French Colonial architectural structures in Hanoi for your day trips in this city due to its special style carrying different colors of different cultures. Between 1925 and 1932 was the time when this museum was in the process of building, and the architect responsible for designing it was Ernest Hébrard, the first one in Vietnam made a mixture of French and Chinese design elements. The most outstanding feature of the building is that it displays Hindu statuary (the Khmer and Champa kingdoms), bronzes (the Dong Son culture lasting from 3rd century BC to 3rd century AD), and collections regarding the French colonial era and the Communist Party. Located behind Hanoi Opera House, the site is easy to be reached when you are staying in the Vietnam’s capital. 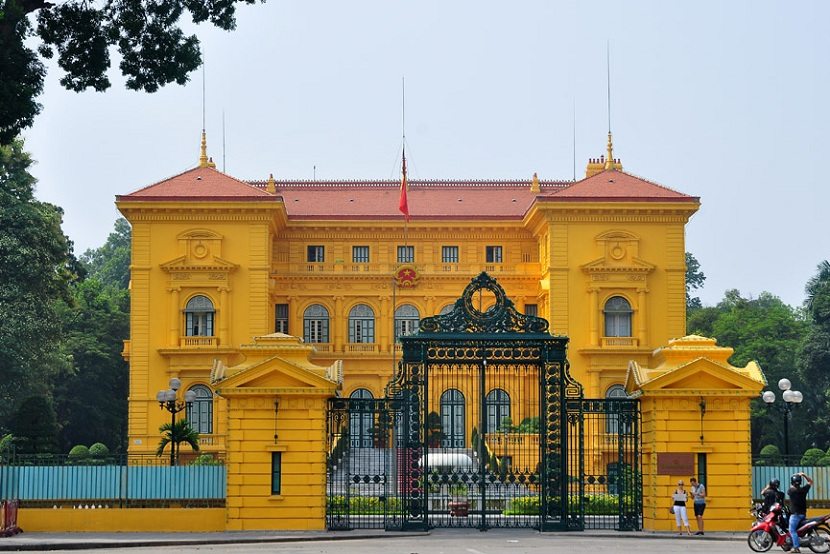 Hanoi, the Vietnam’s capital is viewed as the emerging land with the glorious history of 3000 years, so the city is rich in monuments, reserves of history and natural charm through colonial and feudal periods. That is the reason why the journey to discover all attractions in Hanoi will astonish you. One of those places is Presidential Palace depicted as a three-storey building situated right to the north of Ho Chi Minh Mausoleum. It is possible to say that the palace reminds people of the French architecture’s great contribution to the Indochina architectural brilliance. Constructed from 1900 to 1906, the building must have been the residence of the president Ho Chi Minh after the French army was prevailed, but he refused it and decided to choose a stilt house for his staying. Anyway, he still utilized it to welcome important guests visiting Hanoi as his respect for them. 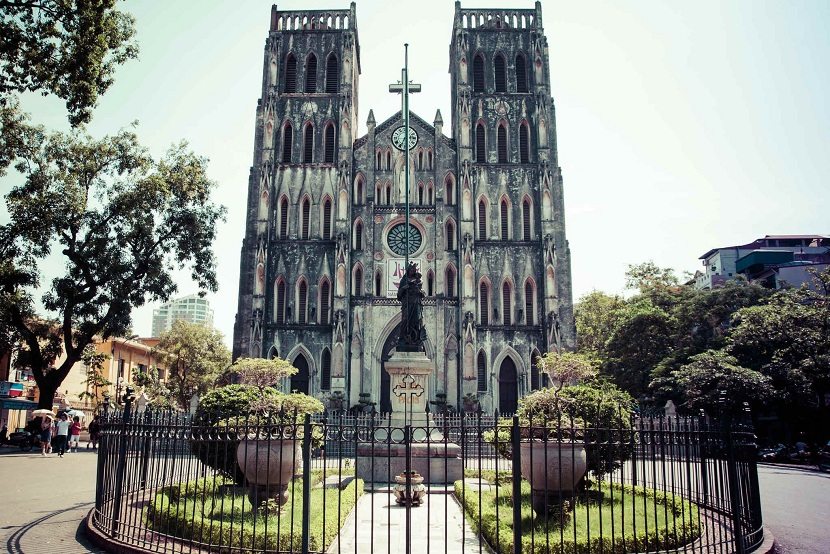 Being a church located on Nha Tho street, Hoan Kiem Street, Hanoi, St. Joseph’s Cathedral is known as a Neo-Gothic architectural structure of the late 19th century. The church is built with the aim of serving the worship of around four million Catholics through the country. Quite similar to Notre Dame de Paris in terms of style, the building constructed in 1886 is really remarkable in the capital as it is the oldest church and among the first architectural structures of the French government in Indochina. Coming here, you not only admire the exquisite architectural beauty but also attend Mass more than once per day. 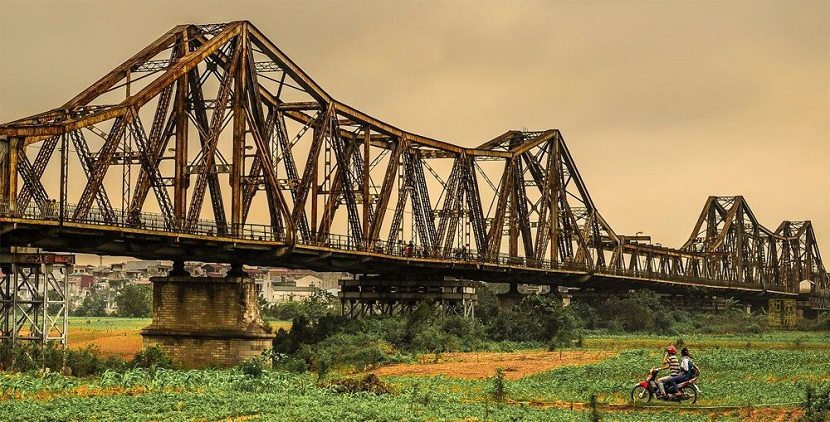 Built between 1989 and 1902 when Vietnam was took control by the French, although Long Bien Bridge is clearly a French colonial architectural structure in Hanoi, it appears as an achievement of Vietnamese since it was finished by the Vietnamese workers’ hands and indigenous materials (Phu Tho, Thanh Hoa, and Yen Bai wood, Hai Phong cement, and Hue lime). Besides the elegant charm in architecture, the bridge is also supposed to be the symbol of the courageous spirit of Hanoi people during the wars. It deserves a visit, absolutely!

3 Greatest Festivals in Da Lat City You Must See

How to Get from Phnom Penh to Ho Chi Minh City

Couple Trips: Where to go in Vietnam

Top 6 Things to Do in Ha Giang, Vietnam